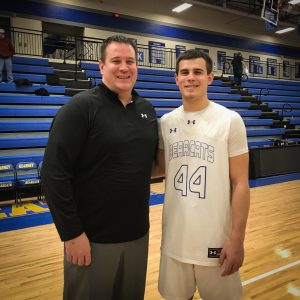 At the age of 19, Doug Koster hosted the first Mr. Basketball Invitational in 1992 with a field of 12 teams from five states. The lone Mr. Basketball tournament in 1992, quickly grew into a full-time basketball promotion business, Mr. Basketball, Inc.

Teams from 37 states and three Canadian provinces have ventured to Kearney, Nebraska, for the tournaments (including teams from Maine, Alaska and Hawaii).

A Kearney Hub editorial in 2016 suggested, “Yes, Kearney is the Sandhill Crane Capital, but we can also take pride in the 25-year history of Mr. Basketball and its associated tournaments and camps. We haven’t erected a Mr. Basketball sign yet, but evidence of the event’s positive influence is plentiful.”

Mr. Basketball, Inc., was named the 2008 Small Business of the Year at the 90th Annual Kearney Area Chamber of Commerce banquet on March 2, 2009. The annual award honors recipients for their impact on economic growth in the Kearney Area, creativity, community involvement and leadership. (Photo Below) Doug Koster with Nebraska Governor Dave Heineman at the banquet.

Although the majority of the events are held in Kearney and other communities in Central Nebraska, Koster also started and ran the Dakota Showcase in Sioux Falls and the Minnesota Showcase in Mankato for two decades.

In 1992, Doug was certainly the nation’s youngest major tournament director at just 19 years of age, and a college freshman. From the beginning, coaches praised the events as the best organized.

Doug Koster graduated from Kearney High in 1991 and the University of Nebraska-Kearney in 1995. He was the first to enroll in UNK’s Sport Administration program.

During his prep career, Koster led the Kearney High Bearcats to the state tournament quarterfinals in 1990, and the state semi-finals in 1991. As a senior, he averaged 23.05 points and 12 boards while leading the ‘Cats to a 15-5 record. A two-time Class A (big school) all-state selection, he continues to hold the record for single season scoring average with 23.05 ppg.

Doug was inducted into the Kearney High School Athletic Hall of Fame in 2019.

In 1994, he served an internship with the Indiana Pacers front office in media and community relations for five month as part of his Sport Administration degree. Koster also served as an administrative assistant during the Southern California Pro Basketball Summer League for NBA players.

The original Mr. Basketball Invitational event, along with the Miss Basketball Showcase,  played host to club teams from across the country. College coaches from coast-to-coast visited each July to see the talent gathered in Kearney. Former participants went on to win NBA, WNBA & NCAA championships, NFL Super Bowls and even an NBA Rookie of the Year award. Many have gone on to become coaches themselves, including Brad Stevens (Boston Celtics), and many at the collegiate level.

A 2004 article in the Kearney Hub focused on the $5 million economic impact of the Mr. Basketball, Inc., events on the local economy.

In February 2009, Doug Koster was presented the 2008 Marketer of the Year award by the University of Nebraska at Kearney chapter of the American Marketing Association.

“This year’s event is our best marketing tool for next year,” the president and founder of Mr. Basketball, Inc., told the Kearney Hub. “We feel that if we get them to Kearney one time, take care of them and do things right, then they’ll be back for several years.”

Married for 26 years, Doug and Beth have two children. The youngest, Kanon Koster attends the University of South Dakota and plays basketball for the Division I Coyotes. As a senior at Kearney High, he was named 1st Team All-Nebraska at QB after leading the Bearcats to the Class A state championship game. He was a two-time All-Nebraska selection in basketball, averaging 22.64 points per outing as a senior. Kanon earned the prestigious 2018 Omaha World-Herald Athlete of the Year award, the first from KHS since 1967.

Wearing the same #44 his father wore for the Bearcats, Kanon scored a school record 1,522 career points. Combined with Doug’s 918 career points, they rank as the highest scoring father-son duo in Nebraska Class A history.

Professional services donated by Mr. Basketball, Inc., have raised more than $265,000 for the Bearcat Booster Club, along with significant funds for groups in Lexington, Ogallala, Ravenna, Axtell and Holdrege. The events have generated hundreds of thousands of dollars for the Mr. Basketball (Doug Koster) Scholarship Fund, benefiting UNK student-athletes and facilities.

Away from the office, Doug enjoys photography, spending time in the mountains of North Idaho, and his rescue pup, Murphy. 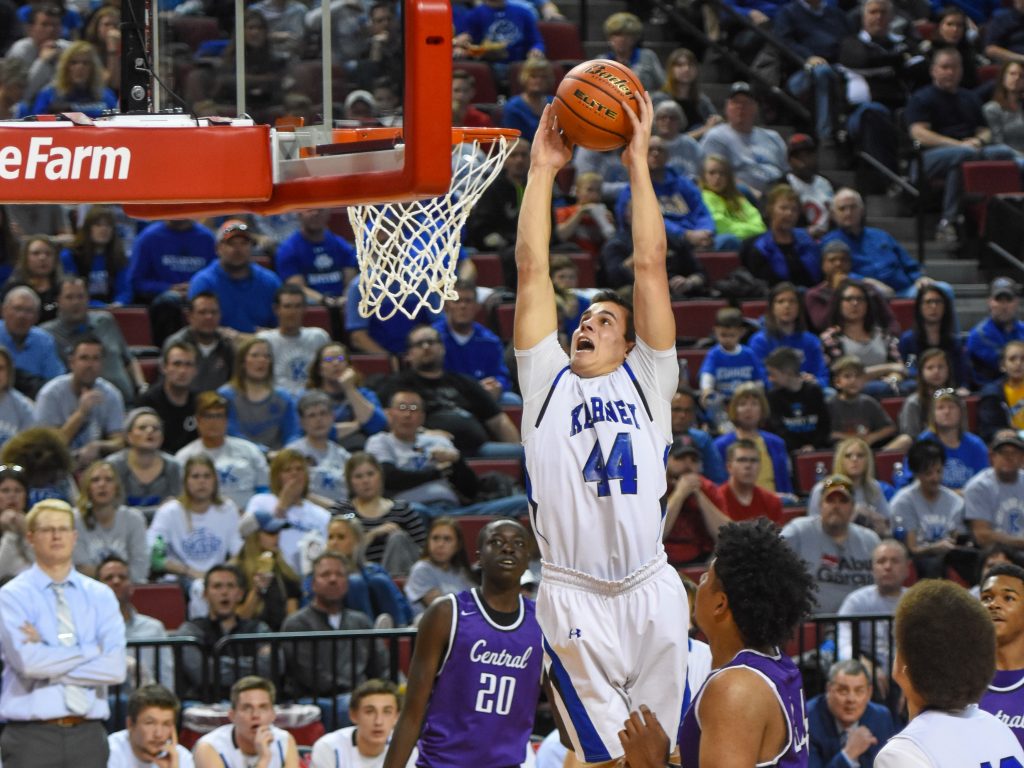 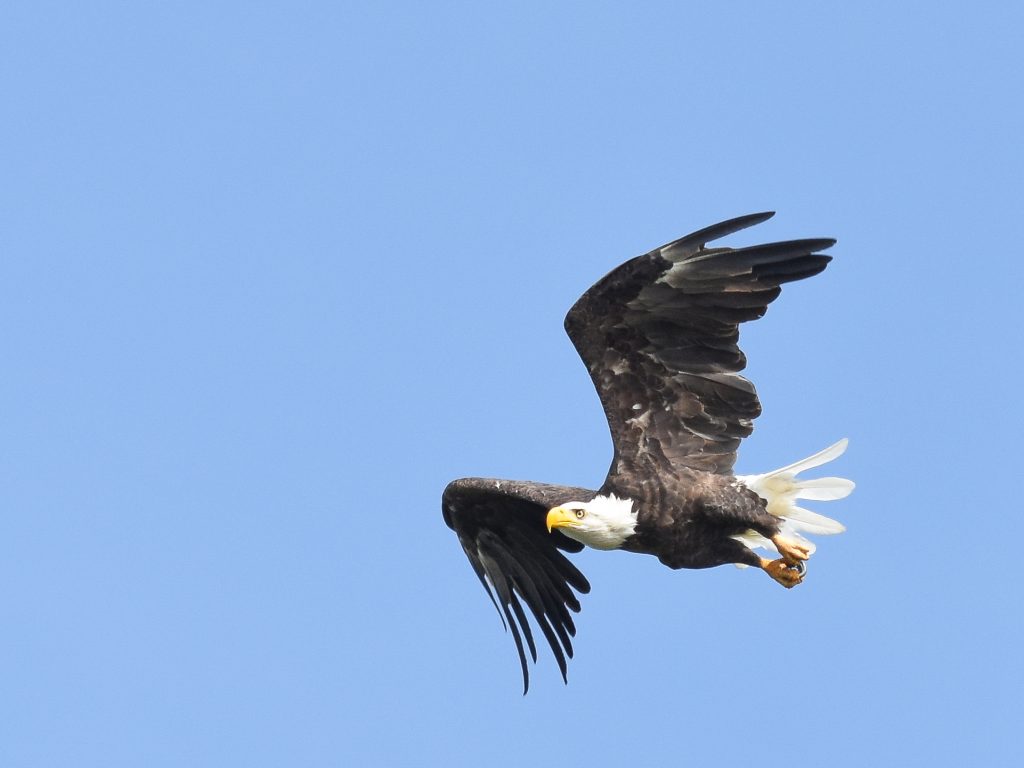 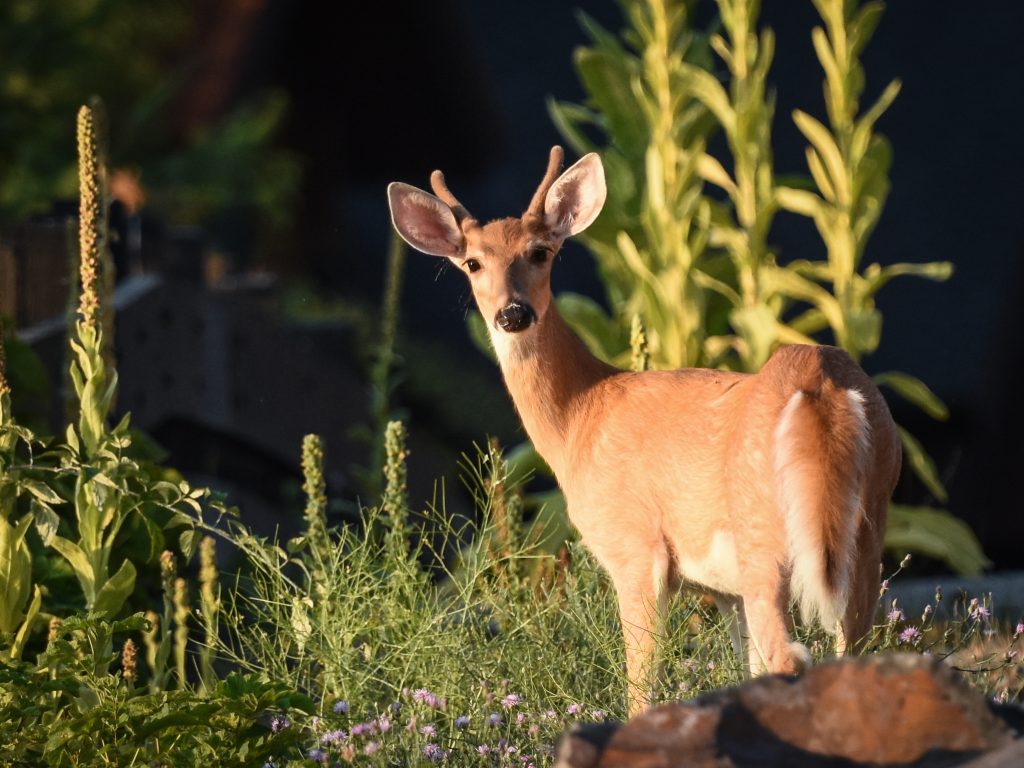 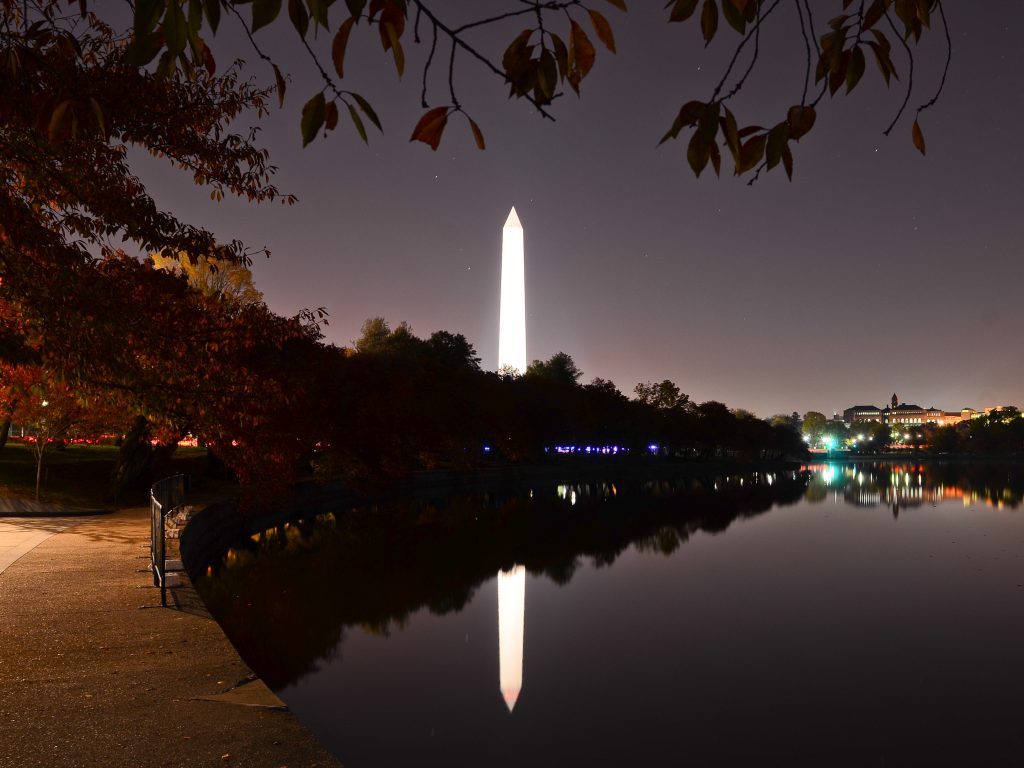 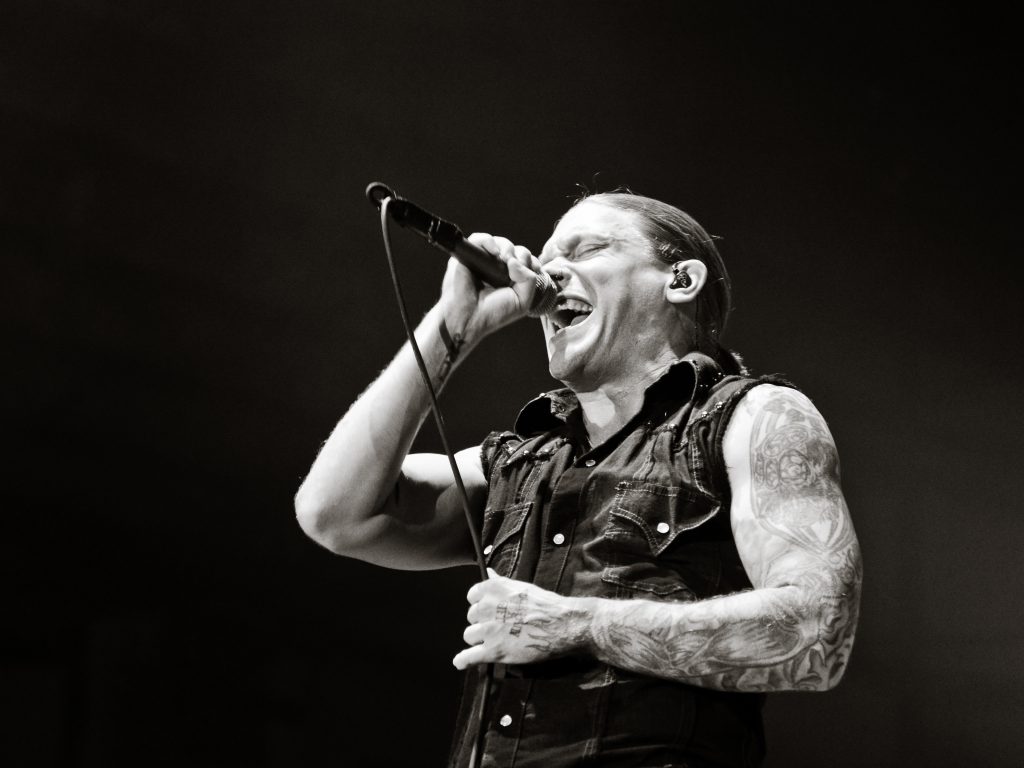 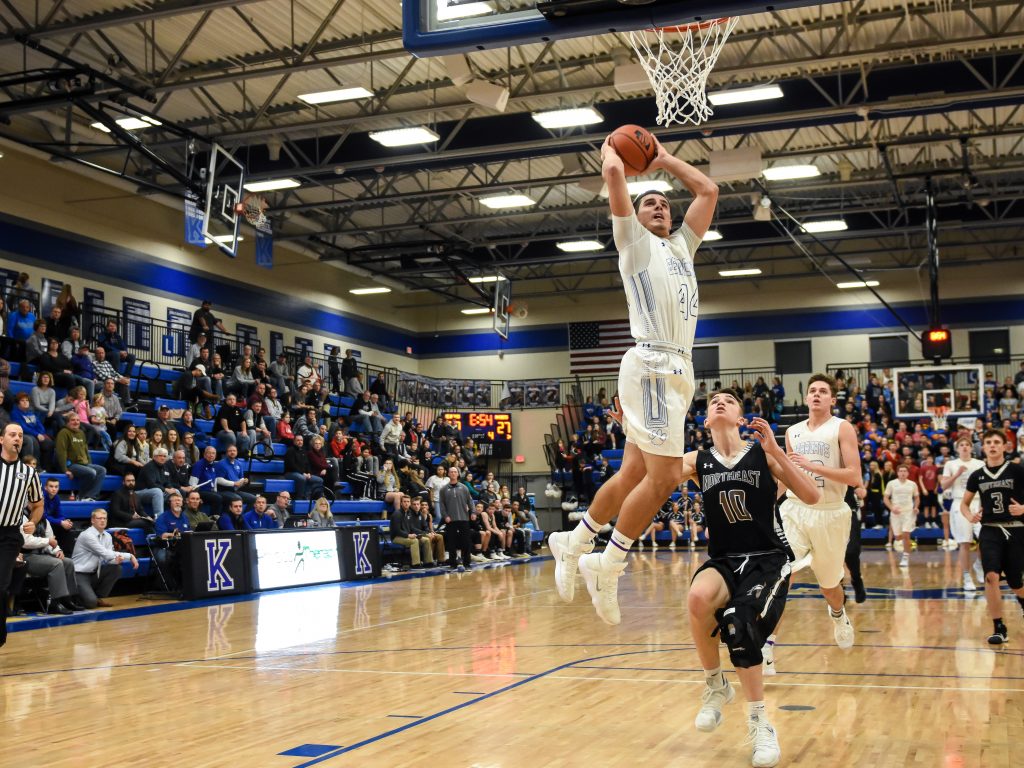 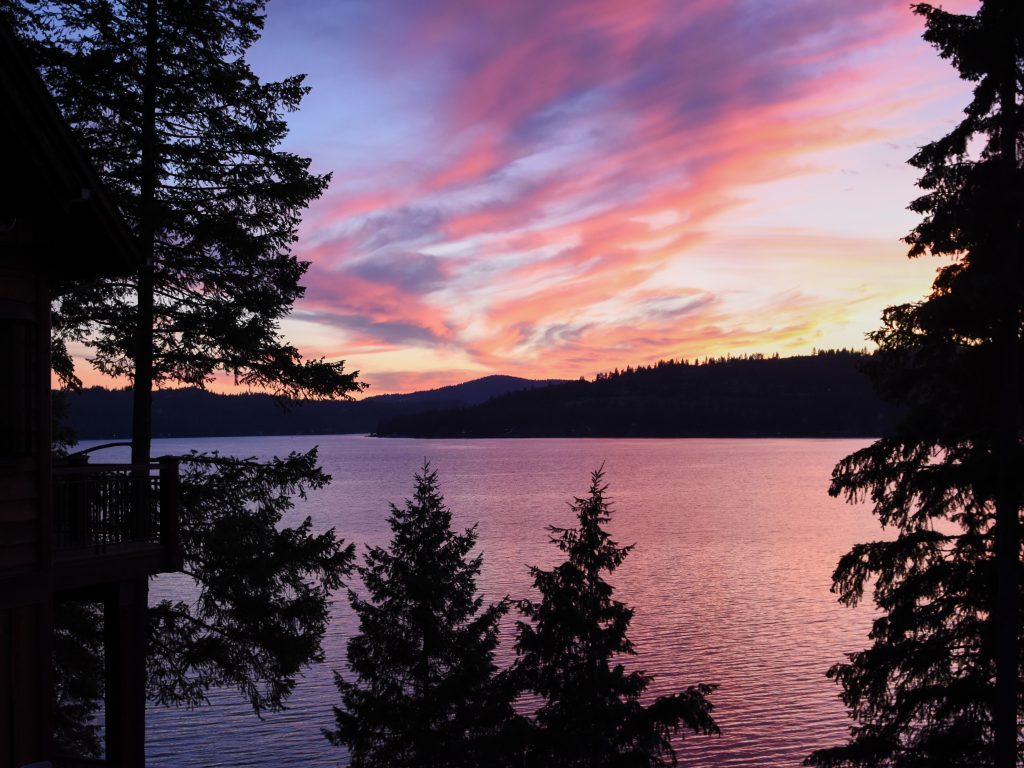 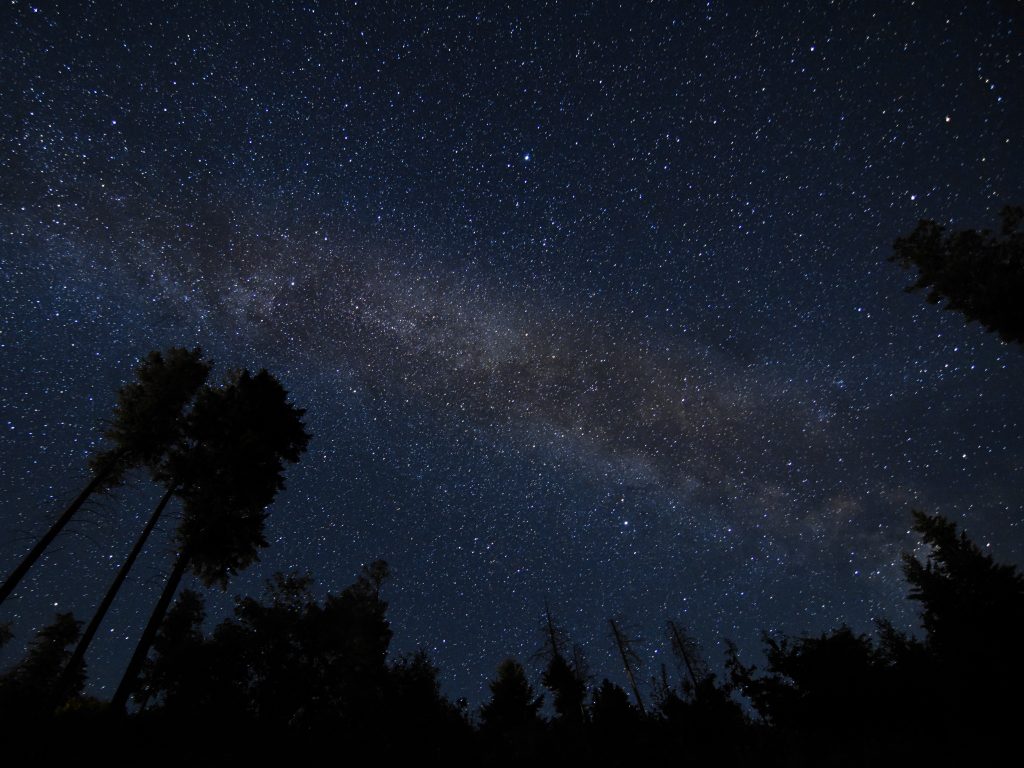 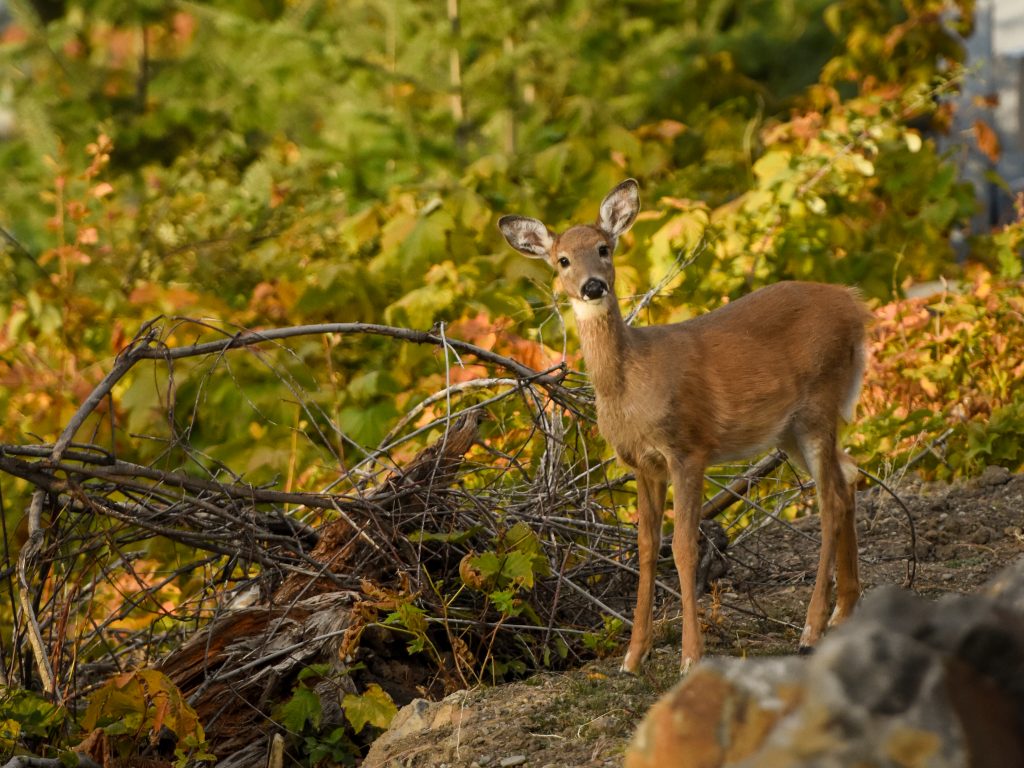 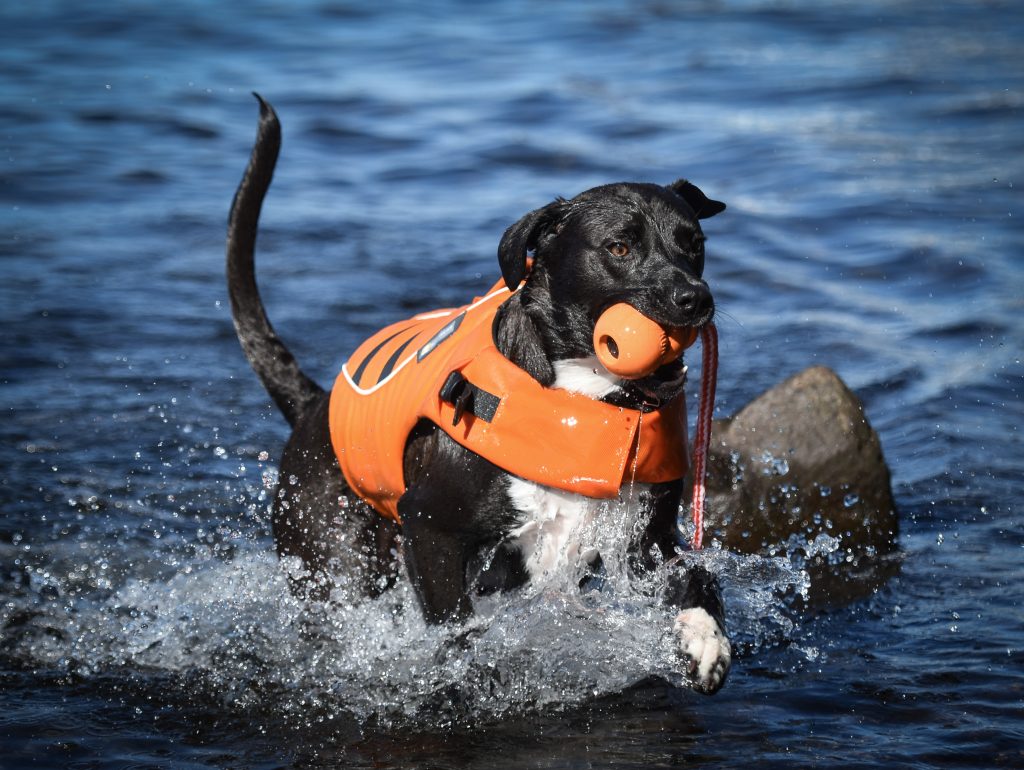 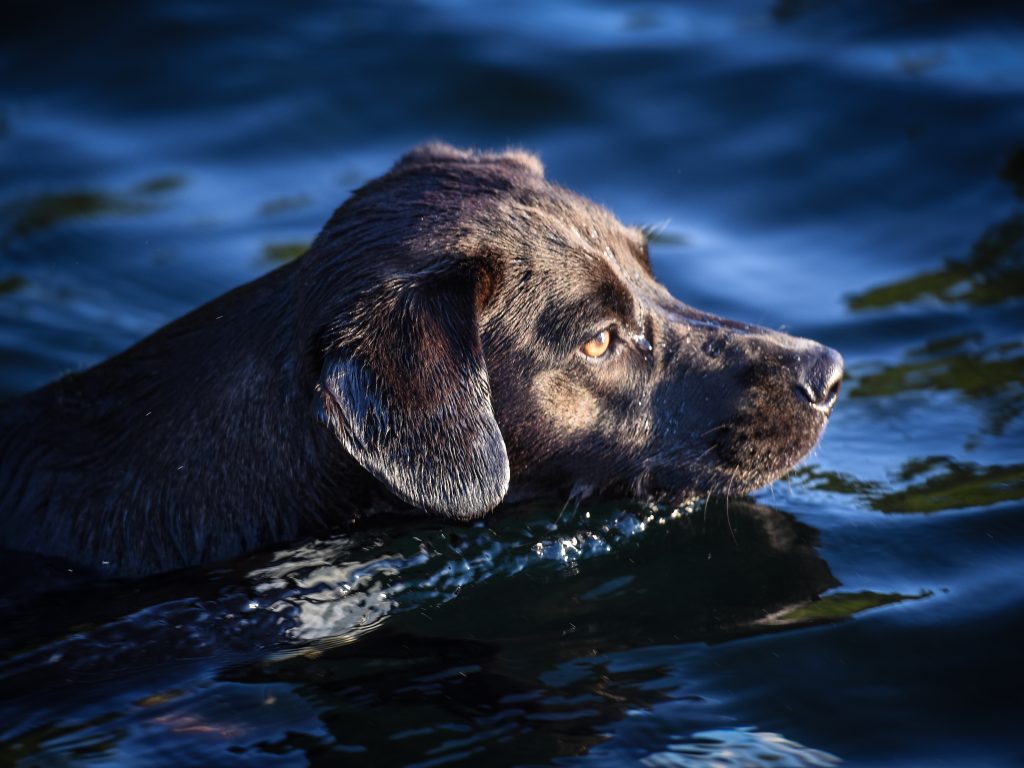 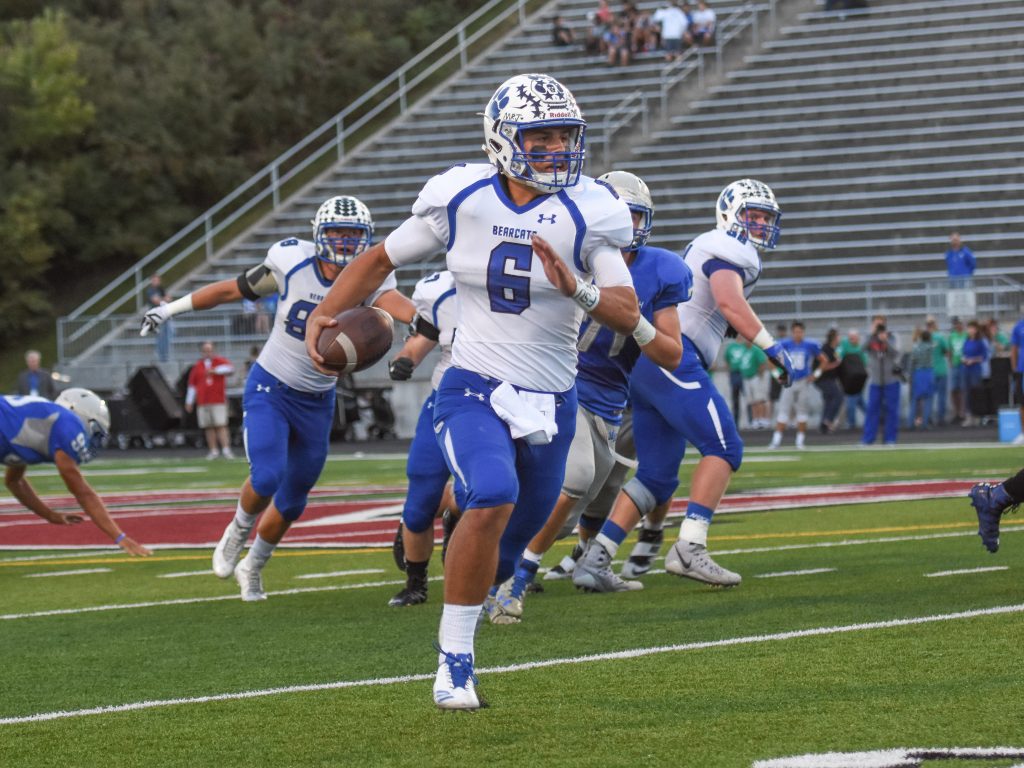 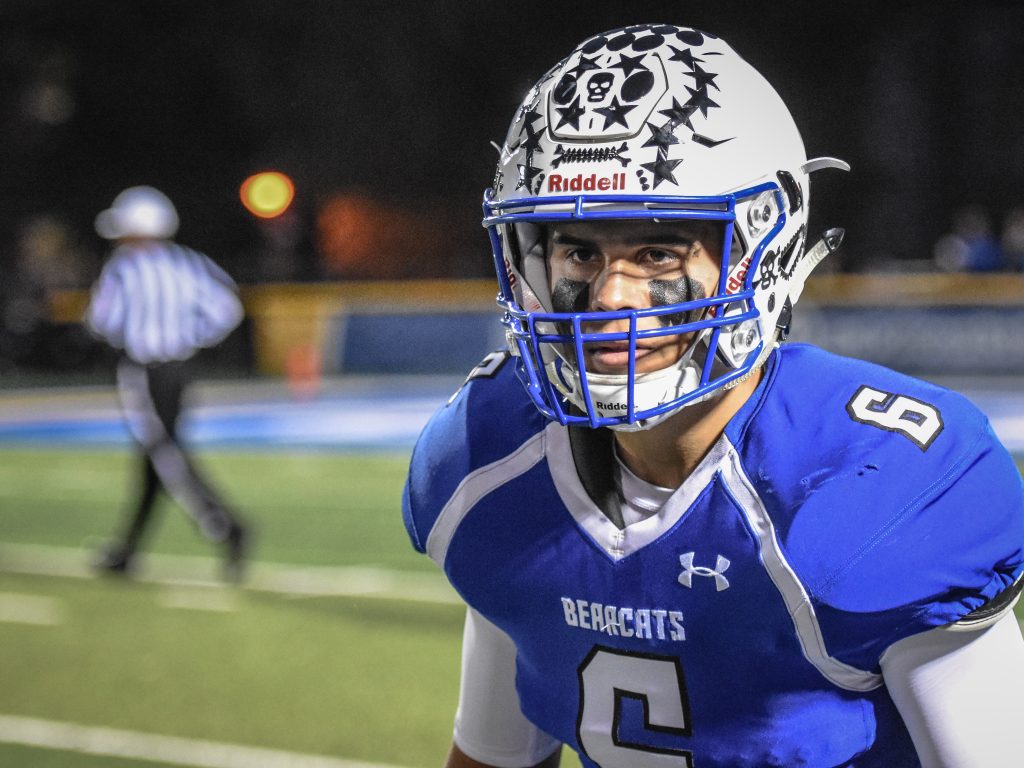 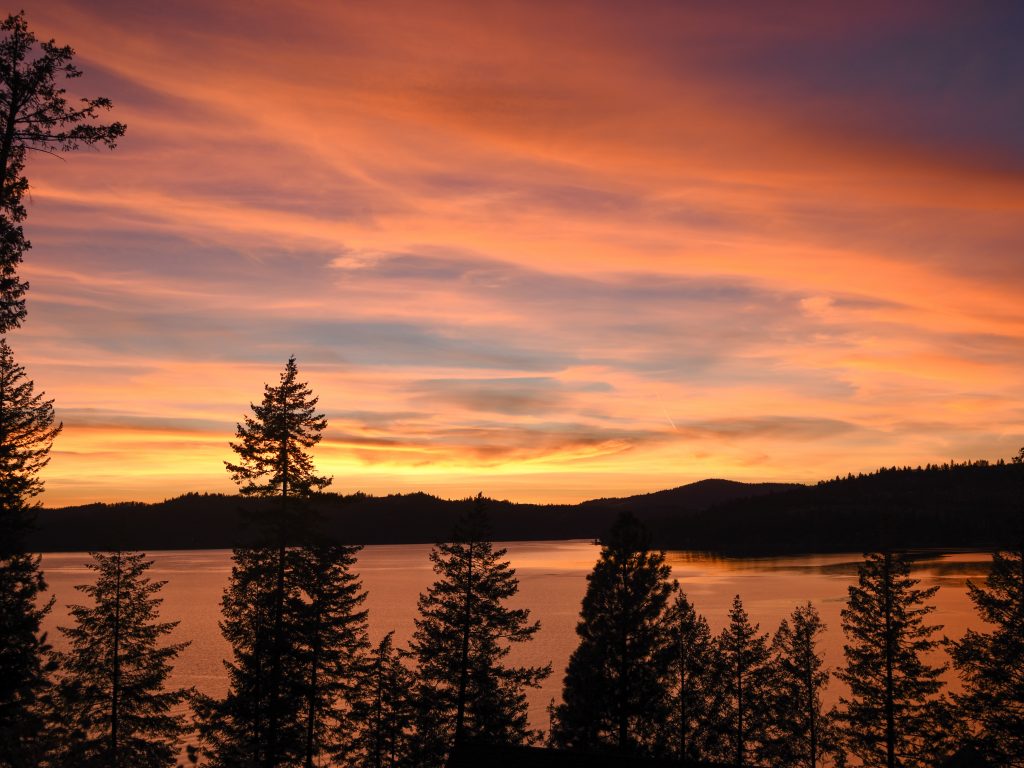 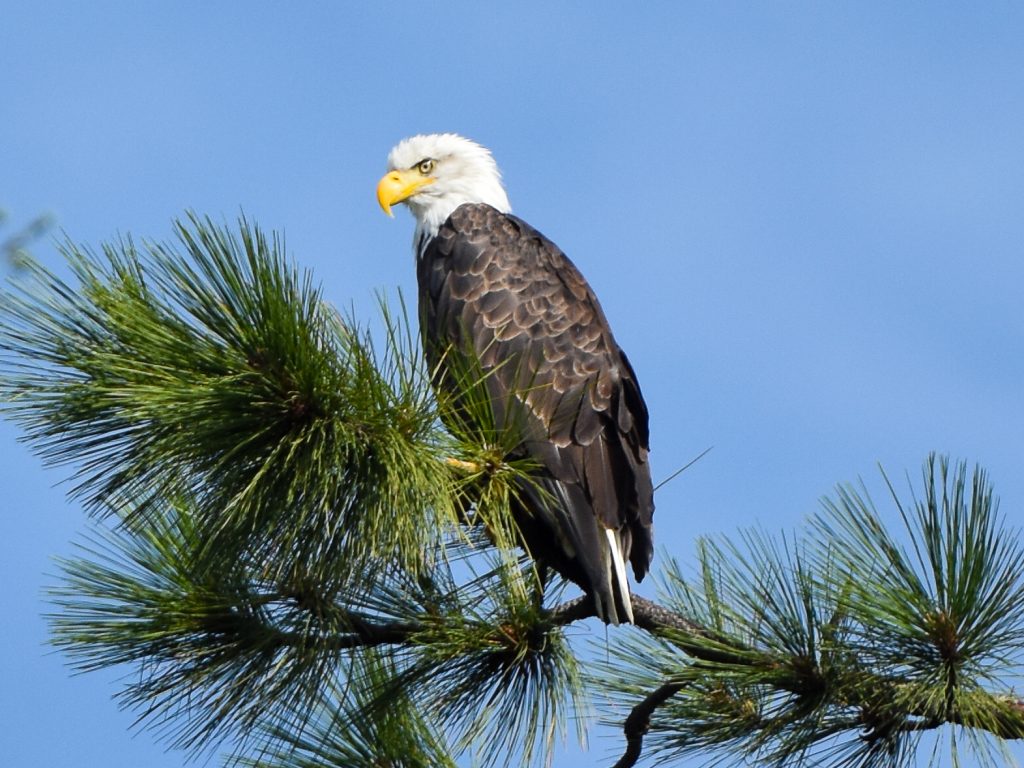 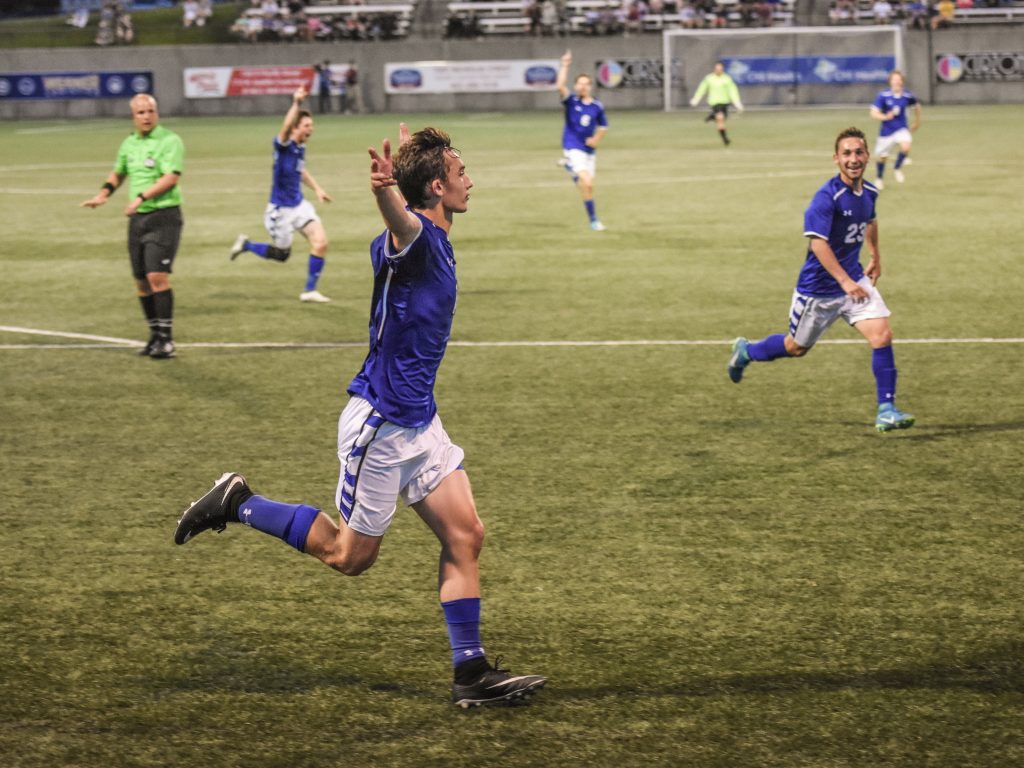 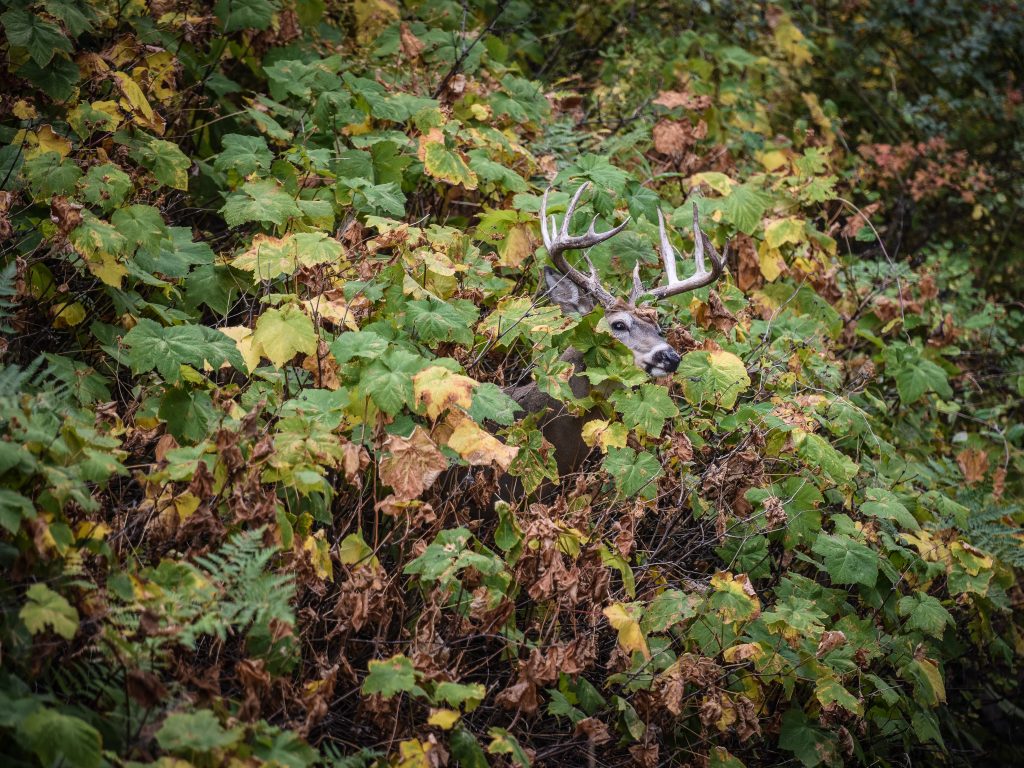 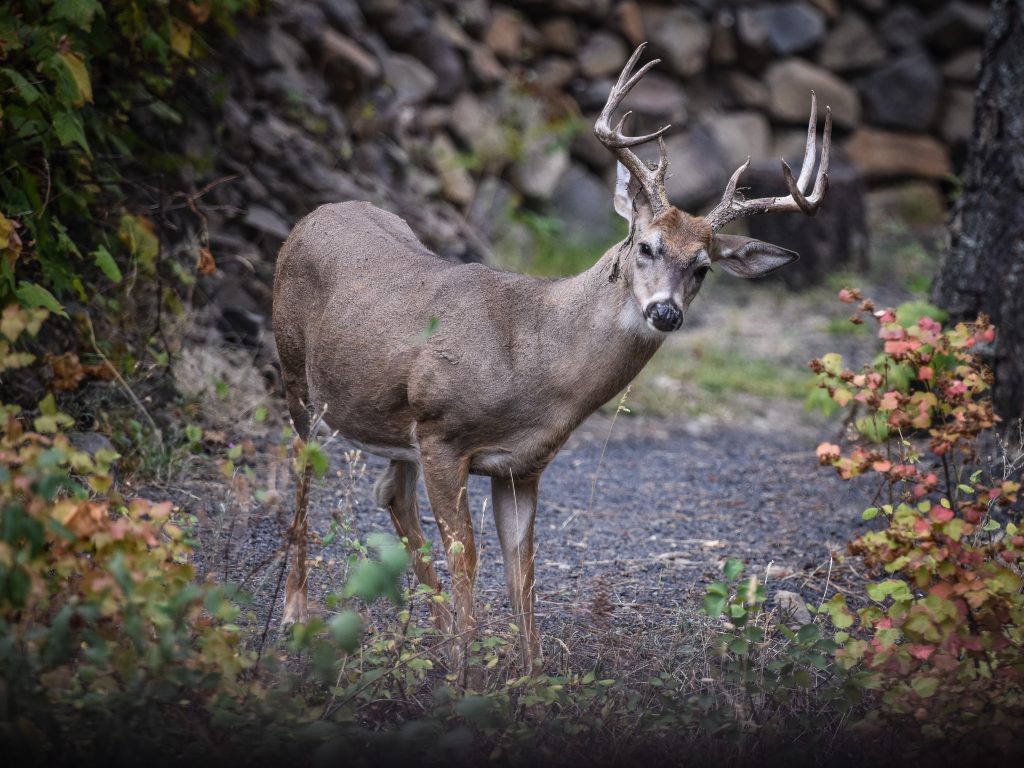