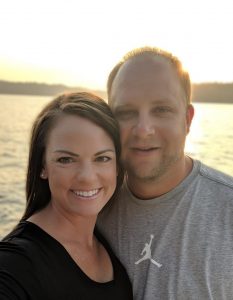 Lucas Mohrman started working at Mr. Basketball events in 1999. Since that time he has officiated, served as a site supervisor and assisted with the stats operation during the college exposure events. In December 2007, Mohrman accepted a full-time position with Mr. Basketball, Inc., as Associate Tournament Director.

Mohrman served as Sports Information Director at Concordia University (Neb.) for three years. During that time he also served as the Media Coordinator for the NAIA Division II Women’s National Championship.

Additionally, he spent time in the broadcasting field, producing “The Morning News With Kent Pavelka” on 1290 KKAR-AM in Omaha.  He continues to do freelance sports broadcasting on both radio and television in addition to officiating high school basketball. In March of 2014, The Great Plains Athletic Conference tabbed Mohrman as the Assistant Commissioner for Sports Information, a position he continues to hold in addition to his Mr. Basketball responsibilities.

A 2003 graduate of the University of Nebraska-Kearney with a degree in Broadcast Production Management and a minor in Sports Administration, Mohrman is involved in all aspects of planning, marketing and operation of the Mr. Basketball, Inc., events.

Lucas & his wife, Amanda, live in Columbus and have three children.